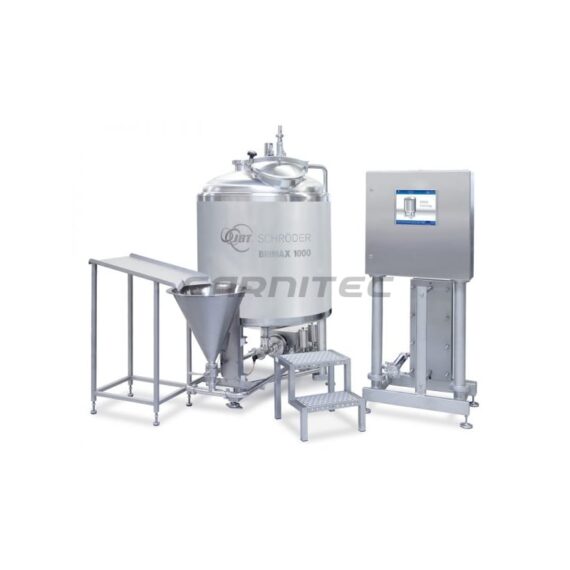 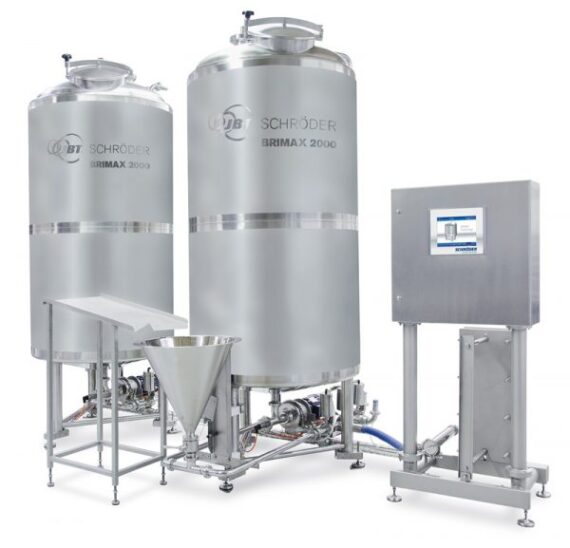 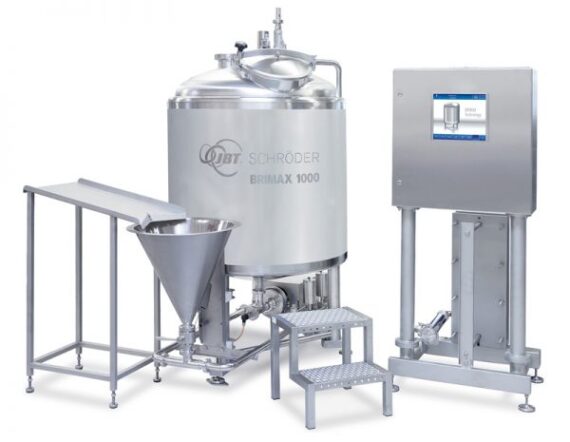 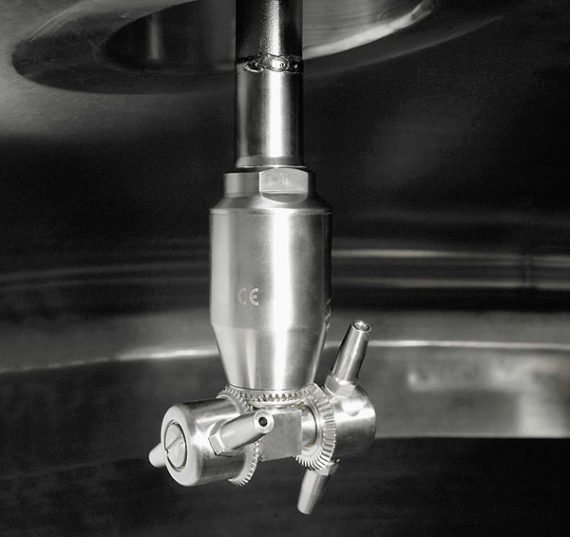 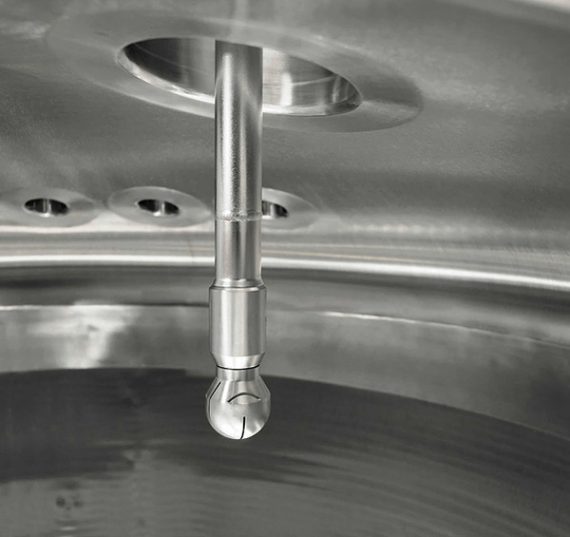 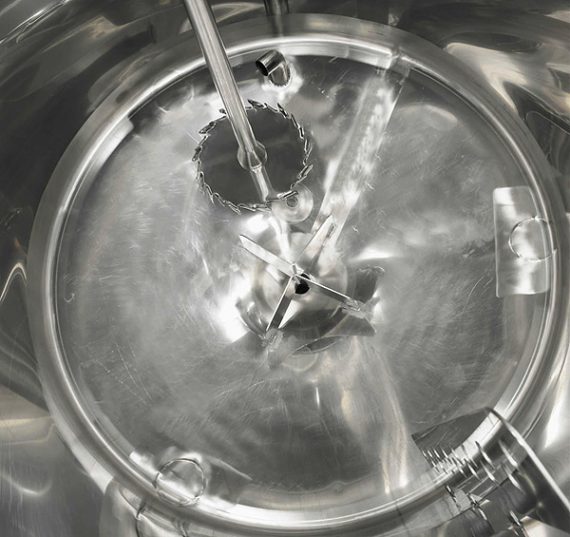 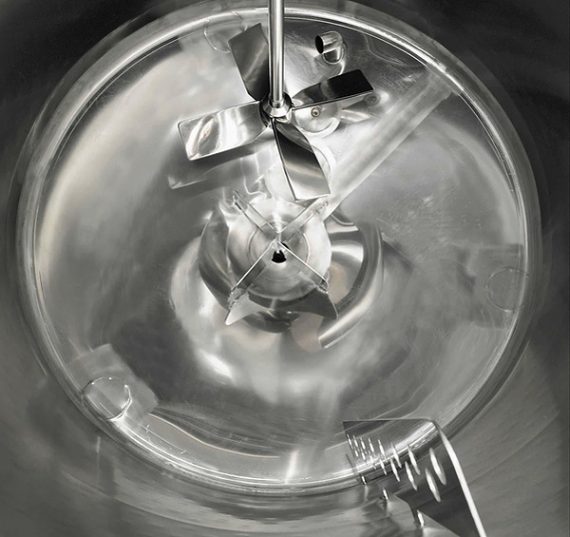 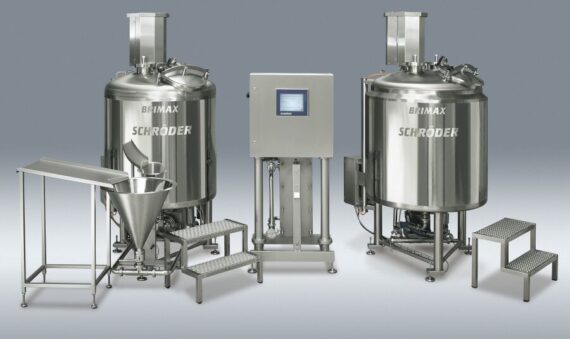 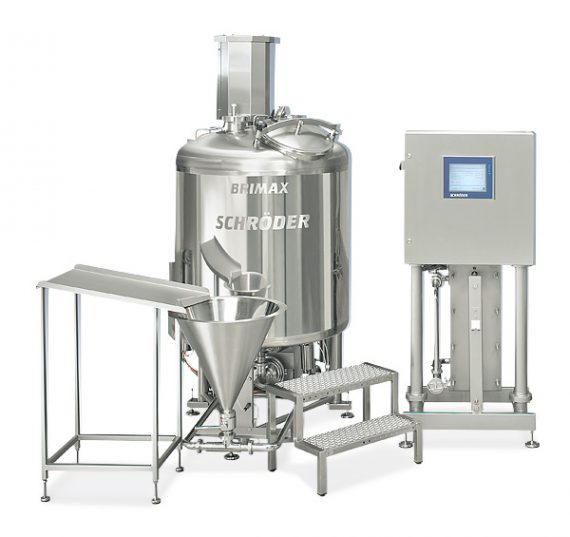 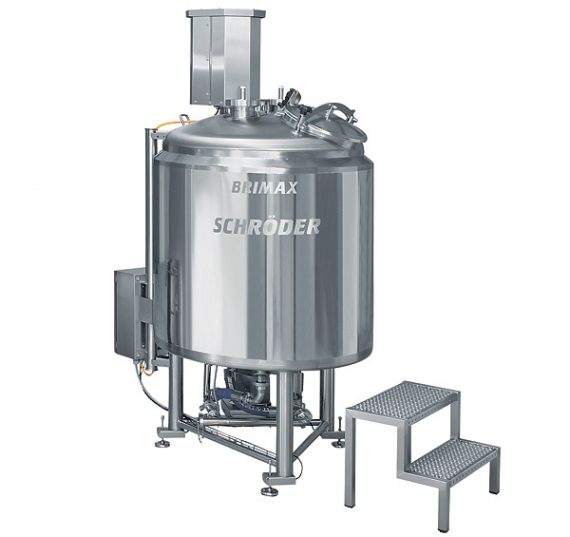 BRIMAX technology allows the production of all types of brine used in injection or massaging processes, while maintaining a standardized product quality under the most stringent hygiene requirements.

BRIMAX technology allows the production of all types of brine used in injection or massaging processes, while maintaining a standardized product quality under the most stringent hygiene requirements.
The unique features of the software were developed with years of experience so the system can be easily operated and ensure consistent and repeatable results every time.

Is the central management panel of the system. Equipped with a large 10“ touch panel, it allows to work both in automatic or manual mode. Automatic control, which guides the operator through each step, organises the mixing and cooling of the brine according to the specified recipes (ingredients with weight, mixing times, temperature settings). The manual mode functions include mixing, cooling and pumping out by using manual input.

Ensures that the consumers (injector, massager, loading container, tumbler) are supplied with brine. Optional equipment with agitator/shear pump and thermo plate ensures a constant temperature and homogeneous brine. An important option for the brine mixer, it represents the perfect complement to the Schröder brine processing system. It is perfectly integrated into the system, representing the link between brine preparation and injection.

Higher performance thanks to modular design

For higher brine quantity requirements, the BRIMAX also comes with a 2000 liter tank – the BRIMAX 2000 brine preparation system makes it possible to produce very large quantities of brine with just a few rudimentary steps. The functionality and the program of options are identical to those of the BRIMAX 1000.

The BRIMAX systems can be extended practically without limit. Tanks for pre-cooling the fresh water are possible, which reduce the cooling time in the mixing tank while also ensuring that a standardized water temperature is used for mixing brine.

Expansion of the system with multiple storage tanks has the advantage that different types of brine can be mixed successively in the mixer. Storage of these brines with recipe-specific temperatures and interval mixing times, as well as the supply of the injector, is performed autonomously by the storage tank.

Up to 3 storage tanks possible without control extension, on one mixer.

Up to 3 storage tanks possible without control extension with one mixer. Mobile platform required for work on the manhole. 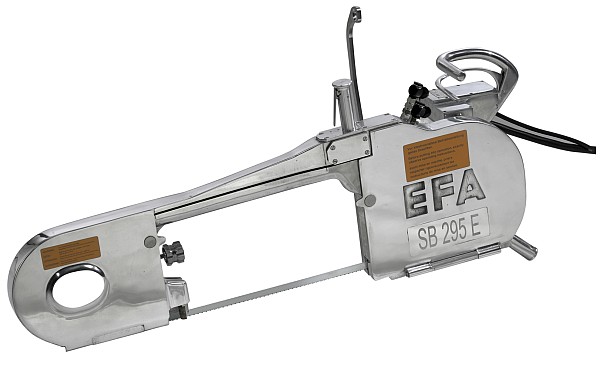 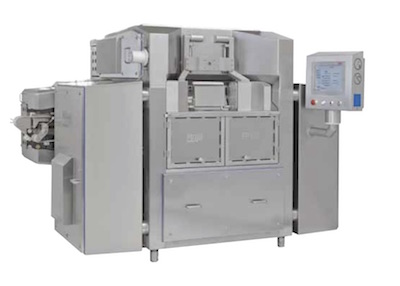 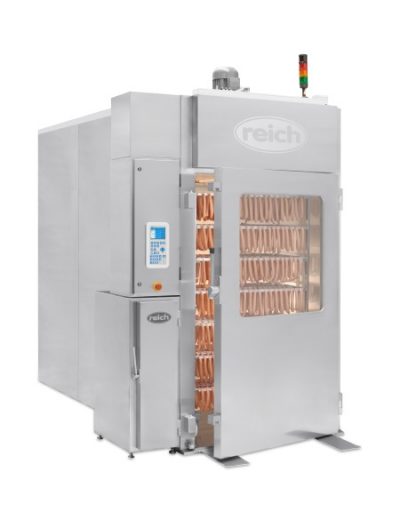 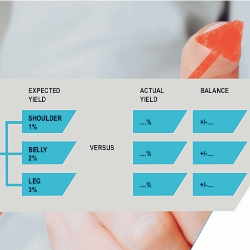 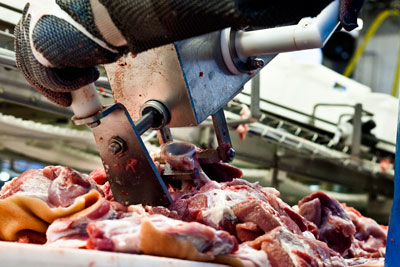 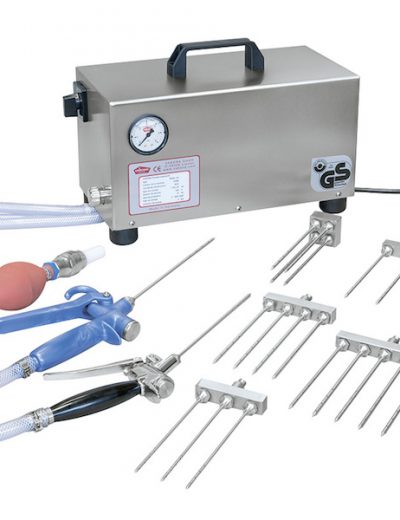 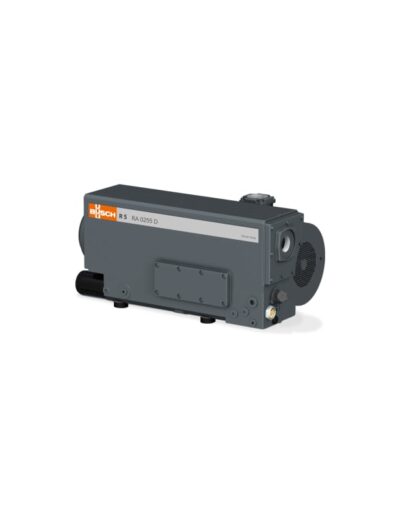